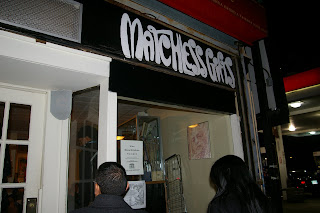 In a city this big, in a room that small, His Divine Grace started a movement that would sweep over not just that particular city, state, country or continent, but the whole entire world.

Going to New York City over the holidays was an overwhelming experience. The number of streets, the number of people, the number of cabs and cars...its truly a lesson in insignificance. It makes you realise that Srila Prabhupada had to have been a very, very special person, with a a very valuable, valuable message if he got people to stop and take notice.

All glories to Srila Prabhupada!!
Posted by Syamesvari at 10:01 AM

hari bol !! you might have seen me around in the temple :-) ! didn't know you had a blog too !! i blog at seekingbhakti.blogspot.com ! i had visited matchless gifts in sep 07 and it was a wonderful experience.. sitting in the room.. being in that passage.. its a different feeling !! hope all is gud with you.. hare krishna

I saw a referral from you on my site...D.A.S.I. Your site is wonderful:) Do you think we could get in touch? If you comment on my site, I could get your e-mail address privately:)