...Who are non-different from Lord Gauranga and Nityananda Prabhu. 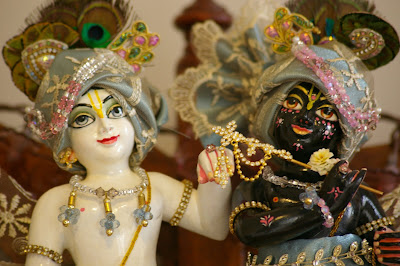 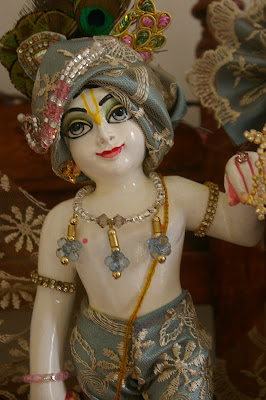 jaya jaya nityānanda, nityānanda-rāma
yāńhāra kṛpāte pāinu vṛndāvana-dhāma
All glory, all glory to Lord Nityānanda Balarāma, by whose mercy I have attained shelter in the transcendental abode of Vṛndāvana - C.C Adi 5. 200
Who in this world but Nityānanda could show His mercy to such an abominable person as me? Because He is intoxicated by ecstatic love and is an incarnation of mercy, He does not distinguish between the good and the bad.He delivers all those who fall down before Him. Therefore He has delivered such a sinful and fallen person as me. - C.C Adi 5. 207 - 209 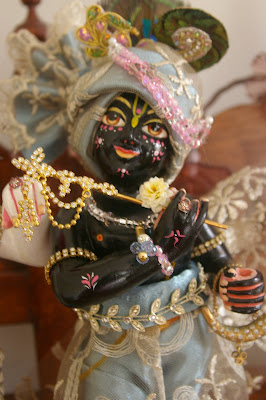 "Let me take shelter of the Supreme Personality of Godhead, Sri Krsna, who has descended in the form of Sri Krsna Caitanya Mahaprabhu to teach us real knowledge, His devotional service, and detachment from whatever does not foster Krsna consciousness. He has descended because He is an ocean of transcendental mercy. Let me surrender unto His lotus feet. Let my consciousness, which is like a honeybee, take shelter of the lotus feet of the Supreme Personality of Godhead, who has just now appeared as Sri Krsna Caitanya Mahaprabhu to teach the ancient system of devotional service to Himself. This system had almost been lost due to the influence of time."
- C.C Madhya 6.253-254 (Sarvabhauma Bhattacrya)