Um, north of which street west? 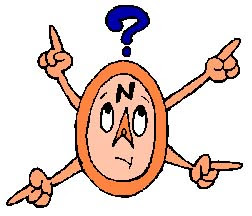 I should warn you that this post does not have anything to do with Krsna Consciousness, or my spiritual life.
It is about three things that baffle, boggle and bewilder me about North Americans, specifically Canadians:
1. The use of intersections when giving you an address.
Eg. Yonge and Bloor (I don't even know if those two streets intersect, but I'm just trying to give you an example using two streets I know). Now most Canadian streets go on and on and on. Yonge street, at 1,896 km, is the longest street in the world. So first I have to picture Yonge Street, then I have to picture Bloor (if they do in fact intersect) and then I have to try and figure out where they lie in relation to each other. Not easy.
Streets in South Africa are just not that long. And if we need to guide you to a place, and need to use a landmark, we say, "If you're driving with Woolworths on the left side, its your 3rd right, next to the guy selling vegetables on the street." Now isn't that easier?
2. The use of North, East, South and West when giving directions.
Unless I had a compass permanently in my hand, I just couldn't do it. I mean, don't get me wrong - I know where east is. From my house. Only from my house. So if you put me in the middle of Yonge street and asked me to go South, (if that's possible), well, I just couldn't do it.
I could look at the sun to try and get me bearings, but I'd just be trying to look smart. We watched a performance at Roy Thompson Hall. The ticket described it being "South of King Street West." Need I say more?
3. How they do these things with such ease.
Actually, the fact that I find it impossible to orientate myself this way does not mean that it is a ridiculous method. It just means that they have longer streets to deal with, and have a more convenient way of of dealing with things, which I really admire. However, if you are South African and reading this, you can imagine how difficult and foreign the whole thing is.
But it also means that you could throw a Canadian into the wild, or leave them stranded in the middle of the ocean, and they would use the stars and their internal compasses to find their way home. :)
Posted by Syamesvari at 1:08 PM

i am so with you on the north south east west thing. like, i am asking for directions...not *directions*!!!!!!

i first noticed people doing this when we lived in tucson. also in north carolina. then again in florida.

i grew up in new jersey and no one in their right mind there would give such mind boggling directions. in nj it is more like, "drive about a mile until you get to the mcdonald's, hang a right at the ford dealership drive about five more minutes past the bridge and it's on the other side of the highway, across from the chi-chi's." bas.

THANK YOU!!!
Don't think I'll ever get used to it...EVER!!! I'm working on a tiny compass that can be imbedded in your brain, so you can always tell which direction is where...:)